Friday marked the end of another half term for me.  The sun was shining and with a week off and the six week countdown to summer almost on, what better way to celebrate than with a couple of gins!

I perused the gin board at one of the local pubs and saw Dingle on the list…EXCELLENT! It’s always great to find a pub/bar/restaurant/place of drinks which stocks a gin which I haven’t tried…I find myself getting a little giddy at the prospect and I had not even heard of Dingle gin before.  Sadly, due to vehicular responsibilities, a single was all I could enjoy.

The Dingle Distillery were keen to create a “totally new gin” which blended tradition with innovation.  Their gin is made in small batches of 500 litres, it’s style categorises it as a London dry gin however their choice of botanicals give it a “unique character and flavour.”

Although their recipe is secret, the flavours and botanicals include coriander, chervil, angelica, rowan berry, bog myrtle, hawthorn, heather and fuchsia, many of which are grown locally, a mix which offers the pallet a true taste of the landscape.  Located 240 feet below the distillery is their own well, this water is is drawn and used to cut the 70% abv spirit to 42.5% ready for our enjoyment.

Pop it in a glass with lots of ice,  a slice of orange, a splash of tonic and I guarantee you will not be disappointed!

Being a bank holiday, it would have been rude not to venture out on Sunday, so Hubby and I took a wander down to our regular haunt.  The general manager has become a good friend, not just because he too shares a love of gin, but that certainly helps!

Launched in May 2017, Mr Hobbs Henley Gin has not only a delicious flavour, but also a wonderful backstory!

In 1870 Mr Harry Hobbs founded Hobbs and Son, now known as Hobbs of Henley, providing the finest hospitality afloat on the River Thames.  It is said that he could often be seen in his punt enjoying his home-distilled gin.  While investigating the Hobbs family history, a secret Gin recipe was discovered on the back of an old framed photograph of Mr Harry Hobbs, along with step by step instructions of how to make it.  Jonnie Hobbs, the great, great, great grandson of Harry Hobbs, and his wife, Suzy who now own Hobbs of Henley decided it would be a great idea to take his recipe and make this family gin.  Quite literally keeping the Hobbs of Henley name on everybody’s lips.

The gin is being created at the Foxdenton distillery in Buckinghamshire, using botanicals which grow locally.   Blending marshmallow and angelica, with lemon peel, orris root, juniper, lime leaf oil to add a modern twist.  Coming in at 45% this gin certainly matches flavour with strength.

The bottle itself is wonderful, featuring an image of Mr Harry Hobbs.  Rope around the bottleneck secures and a tag which features a map of Henley, highlighting where Mr Hobbs gin can be found, suggested venues to enjoy your gin and some Harry Hobbs history.

A glass full of ice, tonic, orange peel to garnish and you’re all set for the wonderful evening… sadly we had no orange peel to hand, guess this means I’m just going to have to buy a bottle to have at home!

I have lived my life messing about on the river with Gin as my most reliable member of the crew. 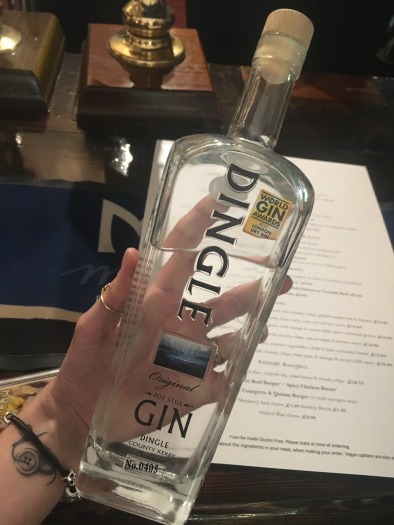 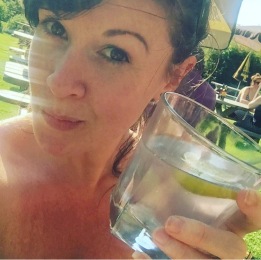 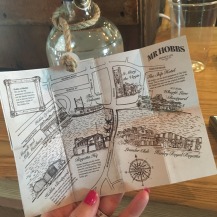